Most people can go to their family dentist, have procedures performed, and not experience allergic reactions. There are, however, a small percentage of folks throughout the country who are allergic to one or more dental procedures, mostly due to the types of substances that may be used in those procedures. Novocain, titanium, and other substances can cause dental allergies in some patients. That’s why it’s important to learn a little about some of these dental allergies. As with just about anything in this world, educating yourself about common dental allergies can help you to learn about them in order to be mindful of their signs and symptoms. Following is information from top dentists about some of the most common dental allergies and what to watch out for concerning their symptoms.

Most patients have no allergy to any of the metals that are typically used in dentistry. There is a small percentage of the population, however, that does experience an allergic reaction to one or more of the metals that are used in today’s dental procedures. Where gold was once used for filling cavities and other procedures, today non-precious metals are used, mostly because of soaring gold prices in the past several decades. Some of the most common of these are allergies to titanium and nickel. Because these metals corrode, they release ionic particles that bind to proteins in the human body. It is these particles that some patients are allergic to, causing a number of symptoms.

Titanium is used in many modern products, such as cosmetics, vitamins, and paint. It can also be found in some foods, such as candies that have a coated candy shell in the form of titanium dioxide. In the world of dentistry, titanium is used in various dental prosthetics, including but not limited to dental implants. Symptoms of an allergic reaction to titanium can include dermatitis, slow healing, chronic fatigue syndrome, rash, swelling, and general pain felt throughout the body.

An allergic reaction to nickel is most commonly seen in women. It’s estimated that as many as 10 percent of all women have an allergy to nickel, while the number is less among men. Nickel can be used in dental procedures that involve crowns. To test yourself for a nickel allergy, tape a piece of nickel to your arm for one day. (According to the website of the United States Mint, nickel can be found in many U.S. coins, including nickels, dimes, quarters, and half dollars.) If the tissue underneath the nickel product you’ve taped to your arm starts to become red, then you have a nickel allergy. It’s beneficial for patients to know their metal allergies before having any dental procedure performed.

Do you have an allergy to Novocain? If you’re going to see a dentist in the U.S., it likely doesn’t matter. The fact is that Novocain has been fazed out of dentistry since the 1980s. Though there may still be some dentists left who use it, Novocain has been replaced with other anesthetics by nearly all American dentists. Novocain was widely used in dentistry in the early 1900s, but dentists saw many allergic reactions to it that ranged from mild to severe. By the second half of the 20th century, it had been largely replaced with other anesthetics that did not cause anywhere near the allergic reactions that Novocain did. Today most dentists use Lidocaine, although there are other anesthetics used in dentistry. Ask your family dentist which anesthetic is used in order to learn of any potential allergic reactions you may have to it.

Although these are considered some of the most ‘common’ dental allergies, the fact is that dental allergies really aren’t that common. As mentioned above, most folks can head to their dentist for their bi-annual checkup, have one or more procedures performed, and never be affected by these so-called common dental allergies. However, for the small percentage of patients who do experience an allergic reaction, it’s important to know the type of substance that was used as well as what treatment options are available. For more information about dental allergies, contact a top dentist in your neighborhood to have all your questions answered. 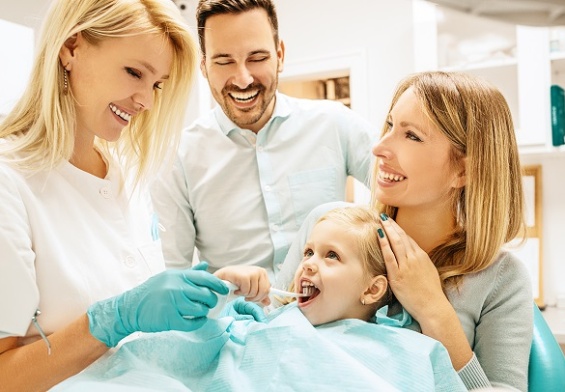 What Is Family Dentistry?

Pros and Cons of Dental Implants

How to Prevent Teeth Grinding

To Floss or Not To Floss

This is How to Promote a Dental Office

What Are Dental Bridges?